Lost Passport Statistics: Could It Happen To You? 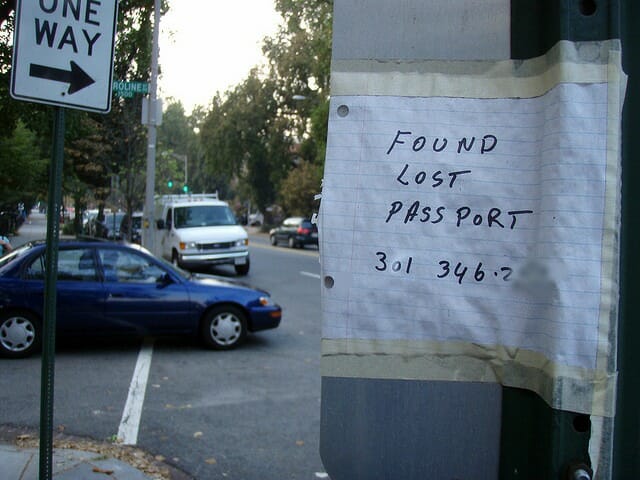 Worried about losing your passport? Most Americans don’t give the possibility a second thought, according to a new survey released by Mandala Research.

The group surveyed 1,000 Americans to gauge their concerns about lost or stolen passports. Here are the results:

“Americans love to travel, but when it comes to matters of personal security and identity theft, these are hot button issues that raise concerns. We undertook the study to see if passport theft was a deterrent to international travel, and the numbers indicate it isn’t.”

Do we need to be MORE concerned about lost or stolen passports?

Mandala’s research indicated that only 2 percent of respondents experienced a lost or stolen passport. In 2011 the State Department’s statistics showed 253,037 lost passports and 60,984 stolen passports. That might sound like a lot, but in 2011 there were more than 109 million US passports in circulation. So, it’s really just a drop in the bucket.

How to Replace a Lost Passport, Fast

The best course of action is to stay vigilant, keep your passport secure and know how to get it replaced, just in case. Here are some helpful tips:

When you go overseas:

If you’re in the US and your passport has been lost or stolen:

If you don’t have that much time before your next adventure, you can make an appointment at the nearest passport agency.   An expediting company can also save you the time and hassle of replacing your lost passport.

Expediting companies generally offer a range of processing speeds to meet your needs and budget,  all of which are faster than the State Department’s expedited service.

Lost passport? In a hurry? We can help!

Some rights reserved by Daquella manera