Need a Rush Passport for the 2012 London Olympics? 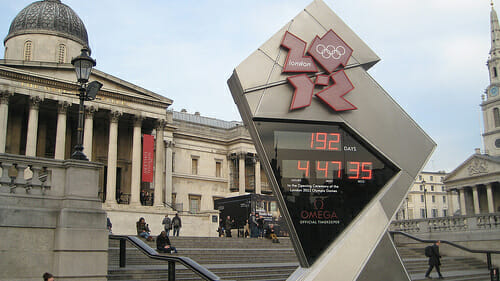 London is abuzz with preparations for the 2012 Summer Olympics, which run from July 27th to August 12th. This should go without saying, but if you’re a US citizen and you’re planning on attending, you do need a valid passport.  If you’ve waited until the last minute, here’s how to get one rushed:

Without a valid passport, it doesn’t matter if you’ve managed to score tickets to the games or not. Again, planning ahead is essential. It takes the Department of State an average of 6 weeks to process a passport application, and about four weeks to process an expedited application.

If you’ve waited until the last minute or you just realized that your passport has expired, rush passport options are available. To make it to the finish line, you can make an appointment at the nearest of 24 Regional Passport Agency offices, or use a private company like RushMyPassport. We submit your application directly to the State Department for rush passport processing in as little as 24 hours.

Need help with more than one passport? Don’t forget to inquire about our group rates!

According to the Daily Mail, the games are expected to attract an extra 5.3 million foreign tourists to the city. Will you be one of them? If so, we’ve assembled a helpful list of resources to help you make the most of this once-in-a-lifetime event.

people won’t be able to stay for that long, and you probably have your favorite sports. This calendar of events from the Guardian makes it easy to figure out what’s going on when.

How to See the Games

Of course, if you actually plan to be in the audience, hopefully you already have tickets. If not, you’d better be willing and able to pay through the nose! But don’t get scammed — the official Olympics site has a “ticket checker” to help you determine whether or not a reseller is genuine.

However, you don’t necessarily need tickets to the Games themselves to enjoy being in London during this time. The excitement is certainly not confined to the Olympic Park.

“Live Sites” located are located in parks throughout the city, so you can catch some of the action on a large screen. Entry will generally be free (though some sites may charge for certain events) and some venues will host live music events as well. Here’s the official list of Live Sites for viewing the Olympics throughout London; of course, you can expect smaller TV screens in pubs and bars to be tuned to the coverage as well.

The Olympics themselves aren’t the only game in town. There are some related events you can attend, as well. For example:

With millions of extra tourists about, expect getting around London to be more of a challenge than usual. Plan ahead, and keep in mind that even if you rent a car, parking will be just about impossible to come by. See this official London Olympic transport guide for help.

Need a rush passport without all the hassle? We can help!

Some rights reserved by davehighbury,