What is a passport number?

According to the Social Security Administration, a passport number indicates which passport office the passport was issued in. By looking at a passport number, you can tell where it was issued and possibly where it was applied for. For example,  if your passport number starts with “01,” it came from the Washington Passport Agency. If it starts with “04”, it was issued in Miami, and so on. If it came from the National Passport Center in New Hampshire, it will start with a “15”,  “20” or “21,” depending on the date of issue. Passports that start with the number “60” are no-fee passports for military dependents. “80” is the prefix for “official” passports, while diplomatic passports always start with “90.”

Did you replace your passport at an embassy or consulate overseas? Then your passport number will begin with the letter “Z” or the number “70.” Both indicate that the passport, if issued after 2002, is an emergency passport and is only valid for a year.

Where is my passport number? 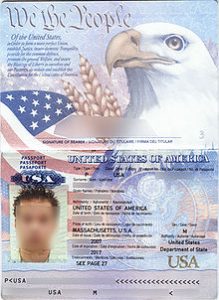 Get a new passport number with your passport renewal.

To get your passport renewal, you should ideally apply for it at least 9 weeks in advance. Regular processing times average 6 weeks or longer, especially if the passport office is busy. Check current processing times here.

If you spring for the government’s expedited processing, you’ll end up paying an additional $60 and still waiting 3 weeks or longer. For faster service, you can either make an appointment and wait in line at one of the  regional passport agency offices in the country, or you can engage the services of a passport expediting company like RushMyPassport. We deliver your application directly to the Department of State for processing in as little as 24 hours.

Let us help you rush your passport renewal today!